How to Make Professional Messages on Hold

Published by captivate on 16 August 2022

How to Make Professional

Amber is our head Studio Production Manager, a major part of her role is editing the raw audio files that come from our voice artists to better suit the telephony systems/networks used around Australia and overseas. She explains the process below:

Telephone systems typically require audio to be compressed to be small enough and compatible for the music on hold or messages on hold not to peak and sound scratchy over a low quality phone speaker, be it a desk phone, laptop +/- earbuds or hand held device.

The resulting audio is compressed to a much smaller file to suit most phone systems; this also means that an audio needs to be adapted to be heard clearly over the phone. Because of this we need to pay attention to the frequencies that make up the voice in your phone message. An audio producer can alter and remove certain frequencies by using an Equaliser (EQ) which can be done using various audio editing programs.

There are a number of different factors that go into equalising audio to make it clear and professional for a business phone system.

You know what soundwaves look like, right? Well to edit and equalise a voice over it’s incredibly handy to know what frequencies are involved in making the different tones and sounds in a voice over.

One of the most frequent mistakes we are asked to correct is a customer sends us commercial music and they have no licence to use it. The other one is when they have a ‘friend’ who writes and produces music on hold for them. They upload it in High quality and it sounds terrible. 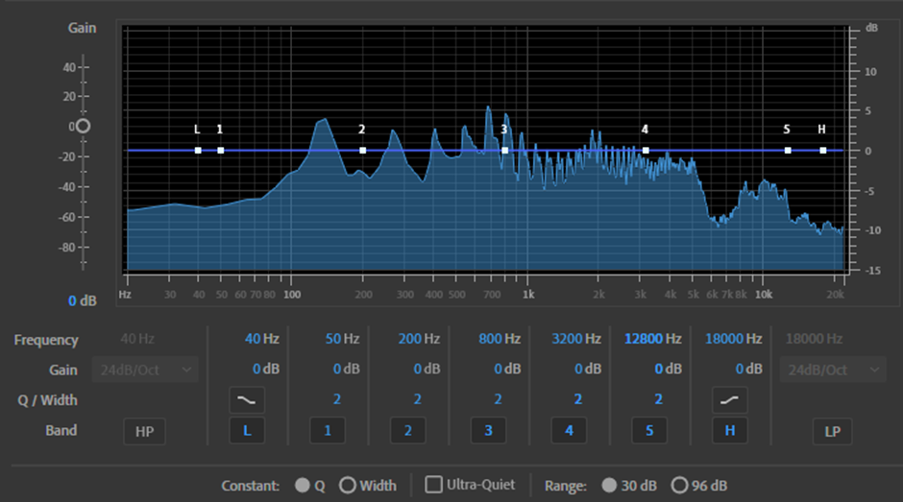 As you can see in this image which shows an EQ.

The bottom line is the scale for kHz, kilohertz, which is a unit of measurement that describes the frequency of the vibration of particles travelling through the air, that which makes up sound. The left is the level of Gain, a term for the amount of amplification applied to a signal by any process that increases its strength which is measured in dB (decibels)

The sounds in the 20-80Hz range typically don’t contain any vocals and often contain background and room noise. So it is common to roll off these frequencies completely to create clearer vocals.

Perfecting Messages on Hold? Moving along to 80hz onwards we begin to get the fundamental frequencies of the human voice. Male and Female voices tend to have distinct frequency ranges, adult males tend to have a lower range of 85 to 180 Hz, and adult females from 165 to 255 Hz. So when applying a standard EQ to all voice overs it can affect the vocals of genders differently.

350 Hz to 600 Hz is where you will find the main body of your voice over, and is responsible for the upper harmonics of the voice.

Frequencies at the upper-end of human speech can sound like an unwanted breath, hiss or a click, EQ is used to improve clarity and remove those unwanted frequencies. 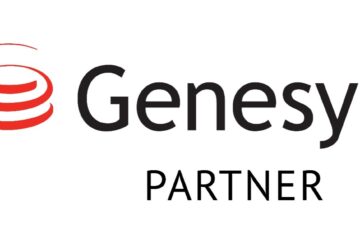 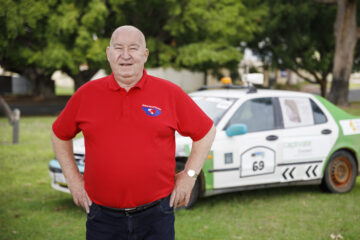 Driving on dirt in a beat-up Saab? It’s good fun for this CEO

Driving on dirt in a beat-up Saab? It’s good fun for this CEO 2 November 2022 Mark Horwood is managing director of Captivate Connect, a telecommunications technology company. He lives in Perth. When did you Read more… 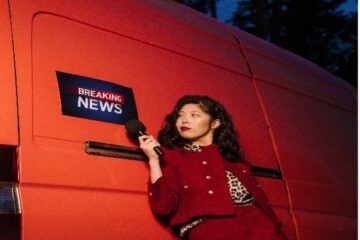 Messages on Hold for Business